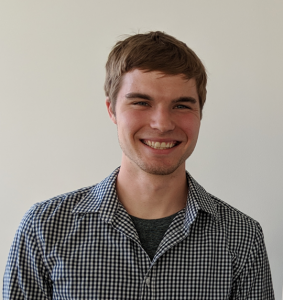 Allwin hails from the metropolis known as Milbank, South Dakota. He graduated from Ripon College in 2017, studying both chemistry and German (the language of chemists). During his undergraduate career, he spent a summer at the Institute of Science and Technology in Vienna, Austria, where he studied plant-based molecular biology of Arabidopsis thaliana under Dr. Jiri Friml. He later studied Nicotiana benthamiana back at Ripon. As a graduate student at UW-Madison in the department of Chemistry, he enjoys fighting the good fight against the Ego of Organic Chemistry and is happy to be on the side of biocatalysis alongside his compatriots in the Buller Group. A self-described “non-stop running fool”, Allwin is also an avid reader, climbing enthusiast, hiker, and traveler.